A short film 'MARGINALIZED WOMEN IN JEOPARDY' was screened at17:30 at the Alliance France in Harare during the Women Arts Festival (WAFEST) by Young Voices Network.
The film by Emmanuel Manyati gives an account of the incredible gender-based atrocities experienced by women and girls in Hoyuyu Resettlement areas of Mutoko, the area breaks the record on rape cases and child marriages in Zimbabwe.In that film, a traditional chief openly draws a red line against gender equality.
Violence against women is an obstacle to the achievement of objectives of equality, development, and peace. It violates and impairs or nullifies the enjoyment by women of their human rights and fundamental freedom. The long-standing failure to protect and promote those rights and freedom in the case of violence against women is a matter of concern.

Most cases of violence against women in Mutoko derives essentially from cultural patterns, in particular, the harmful effects of certain traditional or customary practices. Lack of or inadequate documentation and research on domestic violence, sexual harassment, and violence against women in private and in public, impede efforts to design specific intervention strategies. In addressing violence against women, governments and other actors should promote an active and visible policy of mainstreaming a gender perspective in all policies and programs so that before decisions are taken an analysis may be made of their effects on women and men, respectively.

In an interview with this writer, Emanuel explains more about his short film and what pushed him to come up with this film. "Tradition should be a guide not a jailer", he said. Globally many countries are willing to change, having signed the 1979 UN Convention on the elimination of all forms of Discrimination against women and, more recently 2000, the UN millennium goal of empowering women and combating discrimination. Helping countries improve gender equality and ending violence against women is not only important but an international commitment as well.

There is need to start investing in better information and high-quality data. Providing forums to reveal people's experiences with local customs and laws will have important effects, it will help improve the information that is available on the situation of women around the world. It is important to foster dialogue with the public to promote Gender Equality and address gender-based Violence.

ICT For Girls And Women Empowerment

ICT For Girls And Women Empowerment
Posted by Abel Mavura at 02:40 No comments:

||James Suriwiecki (2004) argued that it is often the case that the many are smarter than the few.||

I had an interactive planning process to enable diverse of views from selected potential leaders of the Young Urban Women Project (Movement) Ghana a project by Action Aid Ghana, NORSAAC and The Ark Foundation which has 2000 young women selected from Greater Accra and Tamale the Northen Region. The Project is also being implemented in India and South Africa under the theme of "Young Women's Life choices and livelihoods in Poor Urban Areas"
Action Aid is currently implementing this project with a focus on young women's economic rights and sexual and reproductive health and rights in these cities. The research and experience gained through a baseline study that was conducted reaffirm the need for an integrated approach to working with young women.

The objectives of the meeting were to get the whole system in the room for vision, commitment, and Action, coming up with a strategic plan, identify opportunities, strengths, weaknesses, and threats of the movement.

I also managed to apply the Future Search Model to review the past experiences of the project since 2013 from different perspectives, we mapped the present and identified common ground and developed action plans for the Movement, the model helped us to identify the KEEPS, DROPS, PROUD and SORRIES of the project which will guide the movement on its work.

The young women contributed on the objectives of the movement, Aim, vision, areas of focus/ issues to be considered by the movement, Leadership and membership structures that they want for their movement, key thematic areas to be campaigned and advocated for with much emphasis on mainstreaming of HRBA since it encourages strategies that are empowering, monitoring and evaluation of programmes and using in synergy of both top-down and bottom approaches .
Their effective participation made the process easy to undertake, besides inspiring them I am also inspired.
It is important to note that forums for building capacities of young women to take leadership at the individual and collective level for economic and social empowerment are crucial to have a committed number of women to lead the way to change attitudes, behaviors, and policies around gender, violence against women, reproductive health and rights and leadership. BY ABEL MAVURA 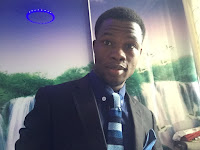